Let’s make peace with self-tapes and elevate your acting on film.

This is a 2-part series with Heidi Marshall Studio (Coaches: Athena Colón & Heidi Marshall), to change your relationship with this new online audition landscape (that is here to stay!). Let’s move thru the tech hurdles with clear tools and then into the specifics of the magic of acting on-camera.

Discussions and exercises will include sample scenes coaching, insightful tips from long-time acting on-camera teachers, plus a Q&A.
FOUR actors will be coached in each session (Hot Seat).

Please read these blogs before the masterclass as they will introduce you to the topics we are covering.

Tech set up / Make friends with the frame / Show the background who is boss / If it ain’t fun, it aint worth it / Get curious not frustrated / Honest approach actor to actor on how to get the self-tape UP leveled / proactive actor about the process / let’s make peace with Self-Tapes

Heidi Marshall’s career has spanned over 25 years as an Acting Coach, Film and Theater Director, Casting Director, and Acting Studio Owner. She was the lead CD at Telsey+CO for the Broadway musical RENT, as well as for 70+ projects in theater, film, television, commercial, and voiceover. She’s coached countless actors into roles for Film, TV, and Theater. Her studio alumni have worked on big and small screens across the world. In constant audition prep mode, Heidi has her constant eye on the biz and loves supporting all the actor’s phases from prep, self-tape, screen tests, to performance prep. Heidi’s filmmaker career informs her director’s eye and influences her aesthetic for working with actors.

Athena Colón is a bilingual, native New York actress, teaching artist and acting Coach. Athena has worked as an independent teacher and coach in New York City for 10+ years. She has trained with former Telsey + Company casting director Heidi Marshall as a coach and joyfully prepares actors for screen tests and auditions. She is the recipient of the BRIO Grant from the Bronx Council of the Arts. While earning her BFA in Theatre from Long Island University, C.W. Post, she co-created a Suzuki-based performance, Third Child, which toured Italy, the Czech Republic, and New York City. Her recent TV credits include: NEW AMSTERDAM, BULL, Martin Scorsese’s VINYL, JESSICA JONES, and LAW & ORDER: SVU. When she’s not acting on stage or film, Athena facilitates acting classes and conducts theatre workshops in NYC. She proudly collaborates with the Heidi Marshall Studio and DreamYard. 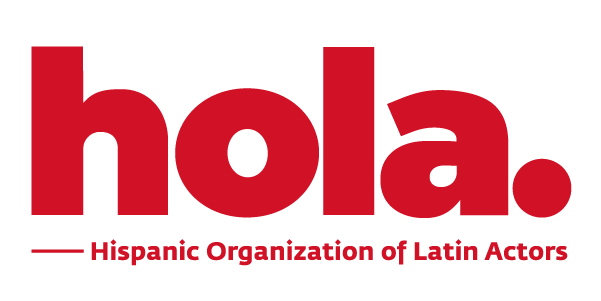 The Hispanic Organization of Latin Actors (HOLA) is an arts service and advocacy organization dedicated to expanding the presence of Latinx Hispanic artists in entertainment and media through the development cultivation, education and empowerment of emerging, and established artists.